Magen David Adom UK is supported by many committees and groups who volunteer their time and work tirelessly for our cause. As well as the individuals, we are also supported by synagogues across the country. We depend on this support which enables us to continue to save more lives in Israel.

In late 2017 the newly formed Maidenhead Committee was launched and joined many other MDA UK Committees throughout the UK.

A team of 5 committee members kick-started their fundraising with an Inaugural Dinner in February 2018, which raised over £6,000. The dinner met the Committee’s target of raising funds for a Medi-cycle.

Over the coming months the committee will be organising an ‘Entertainment’ Evening and will start planning their 2019 Dinner.

By joining Lifesavers you will be doing more than just making a one-off contribution to a worthy cause. Instead, you will be joining a global ‘club’ and saving lives in the process.

By joining Lifesavers you will become part of an exclusive group and enjoy benefits including: breakfast with President Rivlin, a private tour of the House of Lords, and an opportunity to participate in the Young Professional Mission. Additionally, you will be showing ongoing support and commitment to Israel’s only medical emergency and blood service, and ultimately, saving more lives in Israel.

No matter what level you join at, you can be sure that your contribution will be making a lifesaving difference to the people of Israel and those in need around the world.

To become a Lifesaver and help MDA to save more lives click here.

Having witnessed the Magen David Adom infrastructure and facilities in Israel and spent much time with the volunteers and leaders of the Charity, the committee fully understands the needs of MDA and its reliance on its supporters and donors.

Over the years YMDA has held an array of very successful, well-attended events. All the events have been themed and managed to exceed expectations.

Over the years IMPROMPTU has raised funds for an ambulance which was dedicated during a Ladies Mission to Israel.

100 pagers, a refurbished Armoured Ambulance, Medical Equipment and baby training equipment have all been purchased as a result of IMPROMPTU’s fundraising efforts.

The Hull committee recently raised funds to purchase a Ta’aran, a new innovative vehicle which acts like a mobile warehouse.

Magen David Adom Israel have recently taken out of commission some of their older Mobile Intensive Care Units and refurbished them into what they call a Ta’aran.  These are used during major incidents such as suicide bombings or multiple car accidents and are available to supply additional medical goods, stretchers and other essential items.

The Hull Friends held a film quiz at the Communal Centre.  It was devised and presented by Tony Drake, a member of the Hull Friends of MDA.  The function, which included a supper, raised over £1000. With a further £2000 raised during 2011, a defibrillator has now been purchased.

The MDA Hendon committee was formed in September 2004.

If you live in the North West London area, and would be interested in participating in the Hendon Committee events, or just donating towards their ambulance appeal, then please email Natalie or call 020 8201 5900.

Our Dinner Committee is responsible for organising every element of our annual fundraising dinner.

Christian Friends of Magen David Adom was founded in 2006 by Christians who want to bless Israel, in a very practical way – all the people of Israel including Jews, Arabs, Bedouin, Druze and others. Their initial aim was to provide an ambulance to be deployed in Israel with the words “Christian Friends of Magen David Adom UK” written on the side. This has served as a witness to the people of Israel that many Christians are standing with them during what is a most difficult time in their history. Through their good work the CFMDA group wants to alter the perceptions of Christians and the Christian faith and demonstrate that everyone can work together.

To date, Christian Friends MDA UK have raised funds for seven ambulances (stationed in Nazareth, Tel Aviv, Carmiel, Rishon, Be’er Sheva, Afula and Jerusalem, the latter two being dedicated to the 70th anniversary of the Hadassah medical convoy massacre), a blood mobile (vehicle for collecting the much needed blood supplies) and an Emergency Room at the MDA station in Kiryat Shomona.

The Cambridge Friends of Magen David Adom has been organising events since 1968, and we are fortunate that the Cambridge Jewish community support us so well.

Over the years we have been instrumental in Magen David Adom receiving various items, amongst them 4 ambulances, 2 defibrillators, a medical motorbike and disposable medical supplies. We are currently raising money for a Lifepack 500 defibrillator.

We have had a great variety of functions over the years — coffee mornings, tea afternoons, dinners, musical evenings, talks, Desert Island Discs evenings, quizzes, garden parties. Sometimes we have a joint function with the university students. For Israel’s 50th birthday we put on a play which involved the whole community and for which we obtained an Arts Council Lottery Funding grant.

We usually have three functions a year:- a tea afternoon in the Autumn, an evening event in the Spring and an annual Garden Party in the summer.

If you live in the Cambridge area and would be interested in participating in MDA events, then please email Natalie or call 020 8201 5900.

Perhaps we are going through a premature mid-life crisis or maybe we were just bored but we have now found ourselves totally committed to putting on a range of sporting and social events and activities in which we invite you to attend and participate – and also support us by giving a donation.

The cause for all this proactivity is one which is close to our hearts. We have a fundraising target to reach of £50,000 so that we can dedicate a Magen David Adom ambulance in loving memory of our mothers, and we hope that your support will help us achieve this target.

The work of Magen David Adom receives minimal government funding. Its lifesaving work in Israel – continuing 24 hours round the clock, 365 days per year – is funded by a combination of voluntary donations from Friends of Magen David Adom in 17 countries around the world and payment from patients and hospitals. Magen David Adom is Israel’s only medical emergency response and ambulance service.

Magen David Adom provides its services to all, regardless of race, creed or ethnic affiliation. Magen David Adom’s workforce is 90% volunteers working side by side for a common purpose – to save lives.

We have a massive fundraising target and with your help we hope to not only meet our target but smash it!! We hope we can count on you to support us with your hard-earned £££s!

Donating through JustGiving is simple, fast and totally secure. Your details are safe with JustGiving – they’ll never sell them on or send unwanted emails. Once you donate, they’ll send your money directly to Magen David Adom and make sure Gift Aid is reclaimed on every eligible donation by a UK taxpayer. So it’s the most efficient way to donate – we raise more, whilst saving time and cutting costs for the charity.

So please dig deep and donate now, and together with your help, we hope to have raised much needed funds for Magen David Adom.

Thanking you in advance for your generosity. 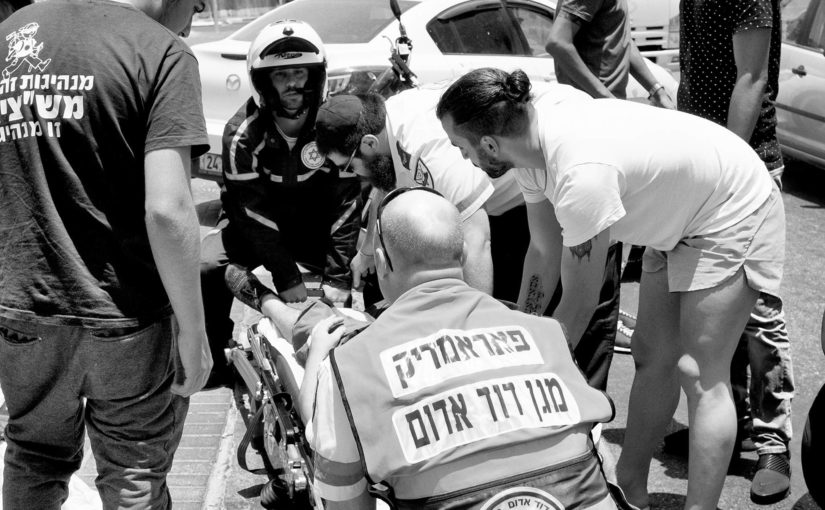 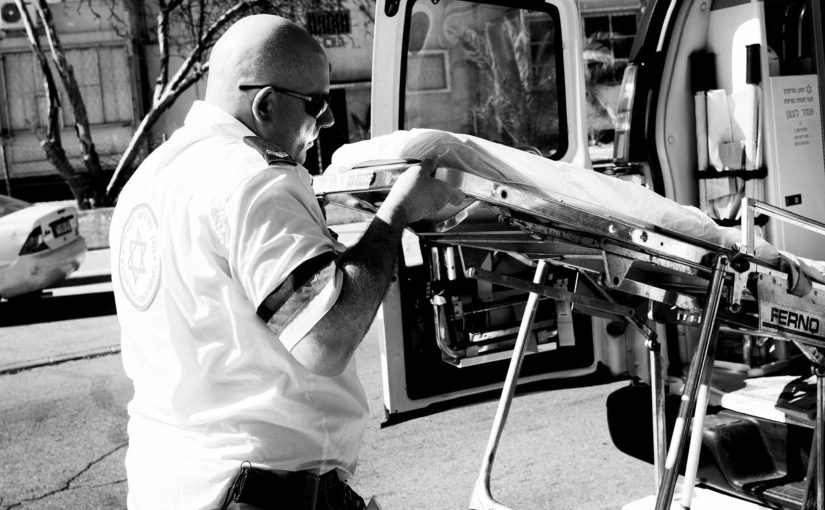 Donate today and help us save more lives in Israel and around the world.

To keep up to date with news and events, and our lifesaving work in Israel and around the world, please enter you email:

This website uses cookies to improve your experience while you navigate through the website. Out of these, the cookies that are categorized as necessary are stored on your browser as they are essential for the working of basic functionalities of the website. We also use third-party cookies that help us analyze and understand how you use this website. These cookies will be stored in your browser only with your consent. You also have the option to opt-out of these cookies. But opting out of some of these cookies may affect your browsing experience.
Necessary Always Enabled
Necessary cookies are absolutely essential for the website to function properly. This category only includes cookies that ensures basic functionalities and security features of the website. These cookies do not store any personal information.
Non-necessary
Any cookies that may not be particularly necessary for the website to function and is used specifically to collect user personal data via analytics, ads, other embedded contents are termed as non-necessary cookies. It is mandatory to procure user consent prior to running these cookies on your website.
SAVE & ACCEPT